Skip to main content
Home News & Resources Newsroom The U.S. Is Missing an Opportunity in Lebanon

The U.S. Is Missing an Opportunity in Lebanon 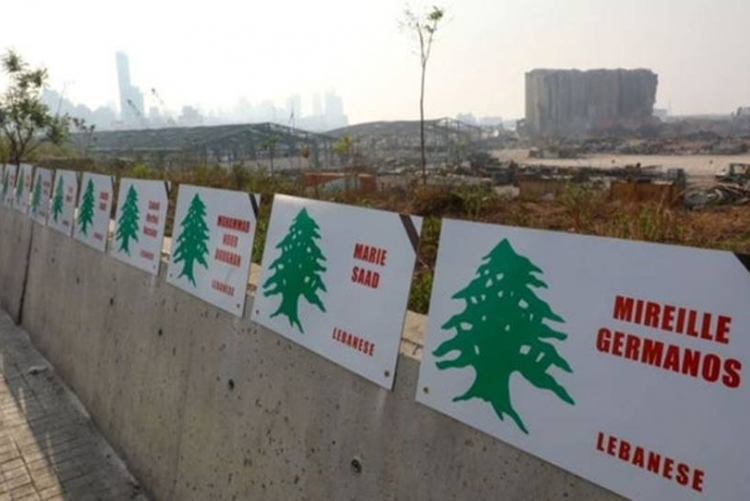 Ambassador Edward M. Gabriel, a member of AMIDEAST’s board of directors, published the following op-ed today in The Hill, calling on the United States to take a leading role in the humanitarian relief effort for Lebanon in the wake of last month’s massive explosion in Beirut.

The explosion that rocked Beirut, Lebanon, on Aug. 4, killing nearly 200 and injuring 6,500, left 300,000 people in need of food and 170,000 in need of shelter. This massive explosion has devastated a country that already was struggling economically. Lebanon was in financial default, with an 80 percent decrease in the value of its currency and food prices that had risen 55 percent. It has the highest per capita of refugees in the world, making up almost 20 percent of its inhabitants. And now its government has collapsed for the second time in a year, as the country continues to feel the pain of the COVID-19 pandemic.

The people of Lebanon appear to have reached their limits, expressing hopelessness not before seen in a country that once was considered “the Switzerland of the Middle East.” Millions of citizens have taken to the streets in demonstrations for almost a year, protesting government corruption and incompetence.

In the worst of times, such as these for Lebanon, America’s values can shine the most — and this may be such a moment for the United States.

One banner carried in the streets of Lebanon read: “You can’t clean a house with a dirty mop!” For the past year, in a strong carrot-and-stick approach, the United States, its European partners and several Gulf countries have signaled their interest to offer billions of dollars in aid to stabilize and rebuild Lebanon — but only if the country will establish a transparent government willing to make specific regulatory and budget reforms.

The United States can do more to help. It should step up the aid offered to organizations that advocate for the right of Lebanon’s citizens to freely assemble and express their demands for judicial and governmental reforms, and to American-style universities that it has supported in Lebanon. The United States has formed a solid, useful partnership with the Lebanese Armed Forces (LAF), which the U.S. military has called one of the best-trained fighting forces in the Arab world. This support, and the carrot-and-stick approach of the international community, is helpful in the longer term.

Following the blast, the United States extended $18 million in humanitarian support, and it has promised $30 million in aid through the World Food Program. Yet, for a catastrophe of this size, this amount of assistance is paltry in comparison to the need. Both Congress and the U.S. administration have appeared reluctant to send humanitarian aid, out of concern that it could fall into the hands of Hezbollah or be utilized for corrupt or nefarious purposes.

The American Task Force on Lebanon (ATFL), an organization that I lead, has set an example in recent weeks regarding response to this urgent need. ATFL has found that aid doesn’t have to go through the Lebanese government. The day after the explosion, working with a network of Lebanese-American citizens and other kind-hearted Americans, ATFL joined with Direct Relief, AFYA Foundation and Anera to fill a cargo plane donated by FedEx with $12.7 million worth of medicines and supplies to send directly to needy institutions in Lebanon.

At the other end in Lebanon, the LAF ensured the cargo would clear customs without delay and, using U.S. diplomatic clearance, had pallets transferred directly to Anera for distribution to affected hospitals and clinics. Soon, more aid, including building materials, will be put on another donated cargo plane and delivered using the same partners and process. This free people-to-people exchange amounts to tens of millions of dollars in direct aid to the citizens of Lebanon.

The U.S. government is missing an opportunity to connect with the Lebanese people directly, including civil society organizations that want to bring positive change to their country. Think of the impact that U.S. Air Force planes would have, arriving once a week with shipments of medicine, medical supplies and reconstruction materials for delivery directly to trusted nongovernmental organizations.

This is where American values become most important, in reaching the hearts and minds of people elsewhere in the world. Not only could civil society and the people in Lebanon’s streets recognize America’s good side, but the U.S. might even open the door for a political conversation with those in Lebanon who want to ensure change and become their country’s future leaders.

Edward M. Gabriel is the former U.S. ambassador to Morocco (1997-2001) and current president and CEO of the American Task Force on Lebanon and a member of the AMIDEAST board of directors. Click here to read his op-ed in The Hill.