New Country Directors for Lebanon and the West Bank/Gaza

Jul
20
2022
Amideast is pleased to announce the appointment of new country directors for Lebanon and in the West Bank and Gaza. 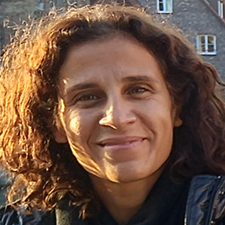 Dr. Rana Taher is our new country director for our Amideast/Lebanon field office, effective June 1, 2022, succeeding Barbara Batlouni, who retired after serving in this position for nearly 24 years. Dr. Taher brings to Amideast over two decades of experience in the international development field in a variety of sectors, including education, youth engagement, agriculture and agro-industries, micro-enterprise development, gender, and monitoring and evaluation. She has worked on projects and activities funded or implemented by USAID, EU, CIDA, DFID, Oxfam, the Drosos Foundation, Social Impact, ACDI/VOCA, and Search for Common Ground. Most recently, she was affiliated with UNESCO as a team leader supporting the Directorate General of Education at the Ministry of Education and Higher Education in Lebanon. She holds a Ph.D. in Sociology and Anthropology and a Bachelor of Science in Commerce from Concordia University in Montreal, and a Master of Science in Community Economic Development from the University of Southern New Hampshire. 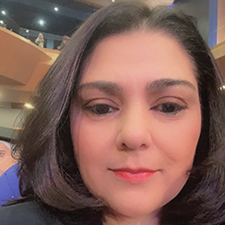 Maha Hasan was already well known in the Amideast community in Palestine when she became country director for the West Bank and Gaza on May 18, based in Ramallah. She served as assistant country director since 1999 and as the acting country director since October 2021 when Steven Keller, who had served as country director since 2006, became Amideast’s interim vice president for exchange programs. Ms. Hasan served with distinction as assistant country director, carrying out wide-ranging responsibilities, including managing operations for the five Amideast offices in the West Bank and Gaza and overseeing the planning and implementation of our portfolio of donor-funded and fee-for-service programs and activities. She joined Amideast’s Jerusalem office in 1994 as an administrative officer and educational adviser. Ms. Hasan holds a Bachelor of Business Administration from Virginia Polytechnic Institute and State University, commonly referred to as Virginia Tech.