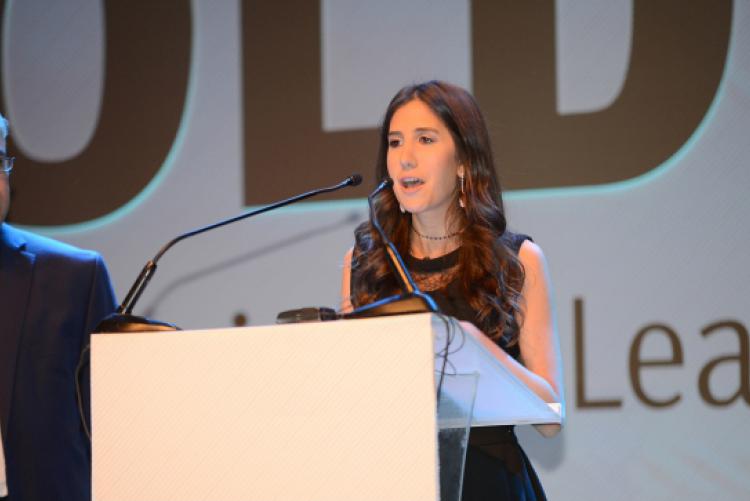 Lebanese philanthropist and entrepreneur Maroun Semaan will be posthumously honored for his significant contributions to the advancement of education at the Amideast Award Gala in Beverly Hills on October 14, 2017.  Mr. Semaan is the first recipient of the Amideast Education Hero Award, an honor established by Amideast to recognize individuals for their exemplary dedication to improving education in Lebanon. 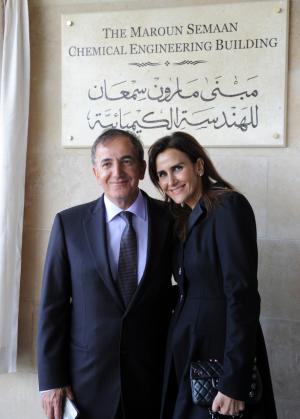 Mr. Semaan believed deeply in the power of education to transform lives and prepare citizens to be effective leaders. Education was key to his own success. Growing up in modest circumstances, the sixth of seven children  in a middle-class family from a village in the south of Lebanon, he was motivated by the value his parents placed on education. He showed early signs of promise in the public school he attended and ranked first in the whole of Lebanon on the high school baccalaureate government exam. With the help of a scholarship to study at the American University of Beirut, he went on to graduate with a Bachelor of Mechanical Engineering in 1977.

With prospects in Lebanon clouded by civil war, he began his career in Oman, working for Consolidated Contractors Company (CCC) for over a decade. He then cofounded the oil facilities company Petrofac, which under his direction became a world leader in the field of oil and gas technology. By 2010, Petrofac had grown to employ 14,000 people and had revenues of $4.35bn.

Seeking new challenges, Mr. Semaan resigned in 2013 to found AlCazar Capital, a multi-faceted investment company, and focused his energies on entrepreneurial endeavors in renewable energy, telecommunications, and real estate. He also increased his philanthropic activities and established the Semaan Foundation in 2011 to provide critical support in the fields of education, health care, and social welfare.

We are honored that the first Amideast Education Hero Award recognizes a man from Lebanon whose support and advocacy for education made an impact." — Amideast/Lebanon Advisory Board Chair Anis Nassar

In the field of education, his own experience as a scholarship student inspired his dedication to helping others pursue a world-class education. He served as a trustee of the American University of Beirut (AUB) and American University of Sharjah, supporting these institutions’ efforts to provide scholarships and innovative research programs. That included a gift in 2017 that was the largest single donation in AUB’s history, exceeding the previously largest gift of $32 million. The Semaan Foundation’s support for education also benefited other institutions, among them Balamand University, where the new chemical engineering building bears his name, and Amideast/Lebanon, which received funding for scholarship programs and youth-focused initiatives that advanced entrepreneurship and training for English language teachers.

Mr. Semaan was recognized for his generous and dedicated support of education. “Maroun believed deeply in the power of education and its role in preparing the citizen leader,” said Dr. Philip Khoury, AUB Board Chair. “Maroun was a wonderful trustee, businessman, and leader, but more than that, he was an imaginative and firm supporter of a better tomorrow for all of Lebanon and the Arab world,” said AUB President Dr. Fadlo Khuri.

Perhaps the most insightful account of Mr. Semaan’s commitment to education comes from his daughter Nour. Speaking of the recent major gift to AUB, she said that it would help the school educate “future generations of students who will serve the needs of Lebanon and the rest of the Middle East,” and help Lebanon “resume its avant-garde role in the enlightenment and development of the region by contributing to the revolution in technology and modern sciences."

The Amideast Education Hero Award recognizes outstanding individuals who share Amideast’s commitment to education and expanding opportunities for future generations in Lebanon. “The ability of the education community to provide quality educational opportunities depends on the generosity and commitment of individuals like Maroun Semaan,” said Amideast President and CEO Theodore H. Kattouf.

Commenting on the selection of Mr. Semaan to receive this award, Amideast/Lebanon Advisory Board Chair Anis Nassar noted, “We are honored that the first Amideast Education Hero Award recognizes a man from Lebanon whose support and advocacy for education made an impact especially in his home country. His vision was broad, as he saw his country’s prospects tied to the region’s ability to achieve a brighter future for its youth. Through the institutions that he chose to support, he will have an enduring legacy in Lebanon and beyond.”