Sep
16
2019
Amideast has opened a new center in Hay Riad, a section of Rabat, in order to better serve the educational and training needs of the local community. 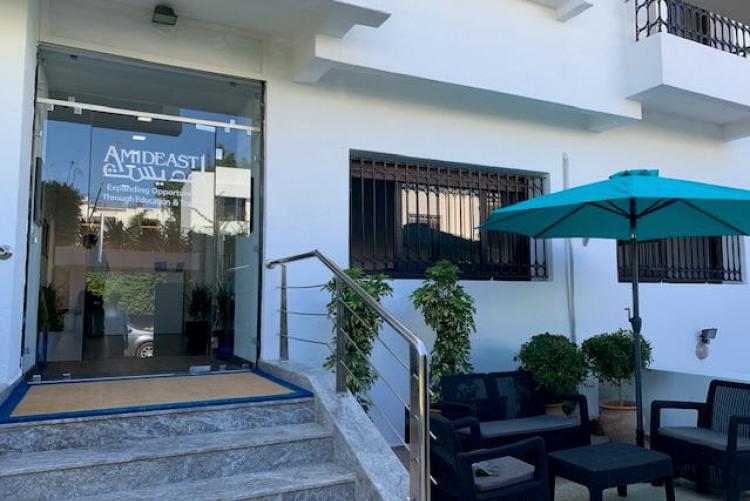 The Hay Riad Annex, which formally opened on September 15-16, will expand Amideast’s offerings of English language training and will provide free advising sessions through EducationUSA for those interested in study in the United States. Local residents will also be able to take various international benchmark tests, such as TOEIC® and TOEFL® Junior and TOEFL® Primary.

“Amideast’s Hay Riad Annex is a continuation of a long-standing effort to provide more Moroccans with real opportunities, whether we are talking about English language training leading to study abroad or awareness of scholarships or exposure to cultural exchange,” said Amideast/Morocco Country Director Dr. Chris Shinn.

The grand opening of Hay Riad began on Friday, September 13, with an invitation-only event. Open houses were held the next day at the new Hay Riad center as well as at Amideast centers in Agdal and Casablanca. The well-attended open houses offered free English workshops and other activities.

The new facility marks Amideast’s sixth office in Morocco since it opened its doors in the Medina of Rabat 40 years ago. Other offices include our presence in Agdal since 2000 and in Casablanca since 2005. More than 12,000 Moroccans benefit from Amideast services each year, including dozens who earned scholarships to study in the United States.

Amideast also operates project offices in Ben Guerir, Dakhla, and Laayoune that provide skills training for youth, and it manages the Mediatheque in Khouribga. Amideast’s work in the south is funded by OCP Groupe and the Phosboucra Foundation.